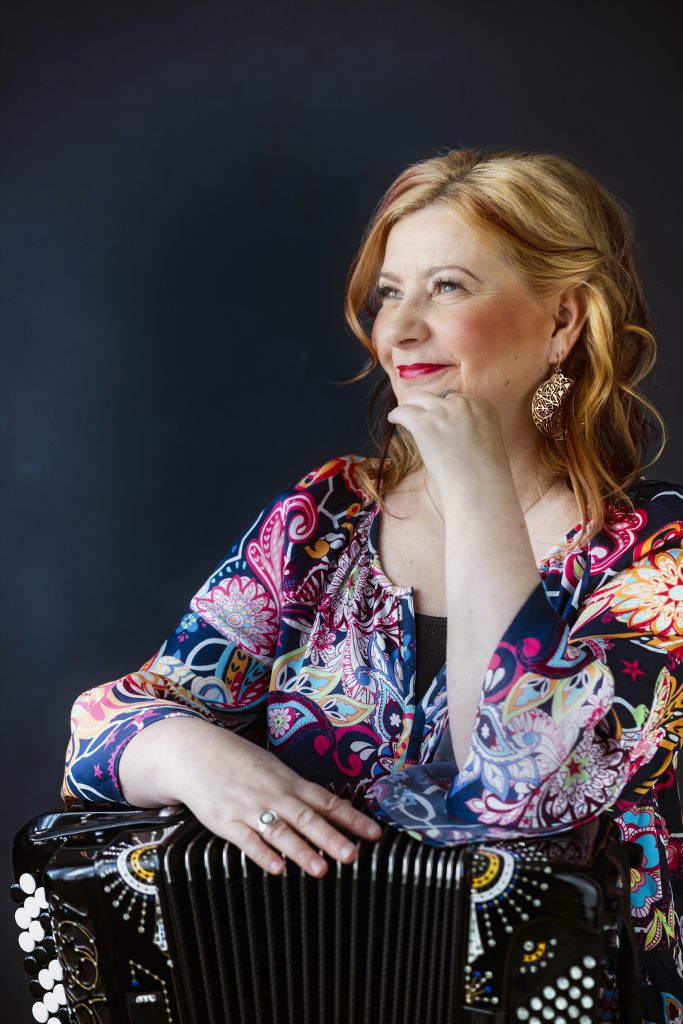 “For me folk music is a deep, human and touching art form, where your imagination has no boundaries. As a folk musician I can be a composer, a performer and an exponent at the same time. It is very demanding but also very liberating.”

Maria Kalaniemi (born 1964) is an internationally acknowledged musician, a composer with a personal touch and a popular teacher and producer as well. She is one of the pioneers of Finland’s new folk music wave and during her forty years long career in her homeland as well as abroad she has completely renewed the perception of the accordion and the music played on this instrument. Maria Kalaniemi was one of the first to play folk music on the melody bass accordion. Singing is also an integral part of her musical expression.

Maria Kalaniemi draws her musical influences from sources as diverse as runo singing and Finnish tango as well as her Finnish-Swedish roots. She has performed around the world with many different ensembles and at the moment she collaborates with among others Timo Alakotila, Eero Grundström, Marianne Maans and Désirée Saarela as well as photographer and video artist Elina Brotherus. During several years she was also a member of the international Accordion Tribe ensemble. Kalaniemi has published dozens of internationally acclaimed records and all the latest of them have reached the top of the World Music Charts Europe.

Maria Kalaniemi is born and raised in Espoo in the capital area of Finland and she still lives there, but she also has a strong bilingual background with roots in the Savo region. She is also the artistic director of the folk music festival JuuriJuhla-RotFest in her home town. Kalaniemi holds a Masters degree in folk music from the Sibelius Academy, where she started her studies in 1983 as one of the first six students at the folk music department. She got her Doctor degree from the same institution in 2009. She has teached many of the leading Nordic folk musicians (regardless of their instrument) at the Sibelius Academy and the Royal College of Music in Stockholm. Maria Kalaniemi has been granted countless prizes and awards, among them the Finnish State Prize of Music 2018. The same year she  was the first Finnish folk musician having the honor of being appointed member of the Royal Swedish Academy of Music.